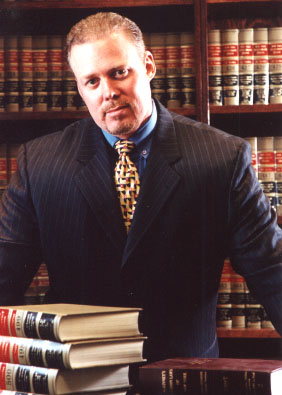 Courtesy of Rick Collins of the law firm of Collins, McDonald and Gann, P.C. [phone: 516-294-0300], Here are some general principles in answer to a few of the most commonly asked questions concerning steroid arrests.  For other general information, including, for example, the consequences of not being read your rights, please see our law firm's web site (which has a section devoted to this general topic) at http://www.attorneydefense.com/

How am I most likely to get arrested for steroids?

Traditionally, the most likely way to get arrested for any drug charge, including steroids, was probably for selling them to someone who has his own legal problems and is secretly cooperating with law enforcement. Under federal law and the laws of many states, selling steroids, or possessing them with intent to sell, is a felony. An individual who sells steroids, or possesses with intent to sell, is punishable by up to five years in prison under federal law for a first offense and up to seven years in prison under New York state law. Every state is different. Of course, whether an individual serves any prison time at all for selling steroids depends upon numerous factors including but not limited to the person's past criminal history, the strength of the prosecution's case, the person's role in the offense, and how effectively the case is either negotiated or litigated by defense counsel. An experienced criminal lawyer can make the difference.

What are my chances of being arrested just for personal use possession?

Small-time arrests for personal possession are occurring more and more frequently. Sometimes these arrests arise out of car stops for traffic violations and the steroids are found during a search of the car. Car searches are frequent at border crossings, where law enforcement authorities searching for drugs are less restricted by Fourth Amendment constraints.

However, the fastest-growing way of getting busted for personal steroid use is by ordering them by mail.  We have been consulted or retained on hundreds of cases of this type. Those who order mail-order steroids (usually over the Internet) run the risk that the delivery can be intercepted by U.S. Customs or postal authorities, precipitating an investigation and potentially an arrest. Many otherwise law-abiding mature adults have been arrested based on their receipt of anabolics through the mail. Many others were contacted by government agents who confiscated the steroid delivery but did not make an arrest. There is little uniformity in the way these cases are handled across the country, although overall mail volume seems to be a factor. 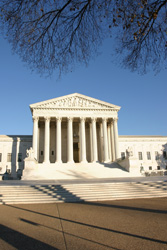 Will I be charged in state or federal court?

In most states, both state and federal laws prohibit anabolic steroids, and a person can be prosecuted under either. In which court the case is brought often depends on the agency responsible for your arrest, and on the seriousness of the charges. Because of the way that steroid quantities are calculated under the federal sentencing guidelines, many cases with potential federal jurisdiction are dumped in state or local courts where sentencing may be much more severe. Even investigations begun by federal authorities like the Postal Inspector and U.S. Customs are most often brought in state court, not in federal court. This is particularly the case if the quantity is small and there is no indication of intent to distribute. In rare circumstances, you can be charged in both state and federal court with the same conduct.

What are the consequences of a steroid conviction?

Under the Anabolic Steroid Control Act of 2004, which applies across the country, steroids are in the same legal class -- Schedule III -- as barbiturates, LSD precursors, veterinary tranquilizers like ketamine and narcotic painkillers like Vicodin. First offense simple possession is a federal offense punishable by up to one year in prison and/or a minimum fine of $1,000 (most states have added anabolic steroids to their schedules of controlled substances). Even if a jail sentence is ultimately avoided, the consequences of an arrest alone include being handcuffed, fingerprinted, and hauled before a judge for arraignment in open court. There will likely be legal expenses and even forfeiture of seized assets. A criminal conviction may prevent or interfere with employment opportunities in many fields such as law enforcement, and members of certain professions involving licensing can expect a conviction to be reported to their state licensing authority, placing current employment in jeopardy. A drug conviction can suspend a person's driver's license (it's mandatory in some jurisdictions) and be a bar to school financial aid and also the ability to own a firearm. Unquestionably, the assistance of experienced legal counsel is your best defense against these potential consequences.

What are my chances of going to jail?

A very important question, but one that is impossible to answer without knowing the specifics in a given case. Critical factors include, but are not limited to, the amounts of steroids involved and your prior criminal record. In our experience, few first-time offenders charged with mere possession for personal use are sentenced to jail (but the current climate of hysteria may change that soon). Sellers are treated more harshly. In federal courts, the quantity involved is crucial under the United States Sentencing Guidelines (efforts are now underway to increase the punishments).  In state courts, various other factors can apply. You should know the law and potential sentencing range that applies in your state. The source for that information is LEGAL MUSCLE, available at http://www.legalmusclebooks.com/ 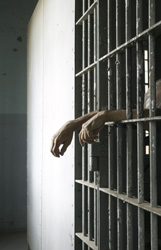 We are committed to defending those prosecuted for anabolic steroids. We are admitted to practice in the New York, Maryland, Massachusetts, Pennsylvania and Texas state courts, the District of Columbia, the Federal Courts of the Eastern and Southern Districts of New York, the Western District of Texas, the U.S. Court of Federal Claims, the U.S. Court of Appeals for the Federal Circuit, the Court of Appeals for the Armed Services and the United States Supreme Court.  We consult with and work with lawyers from throughout the United States and even Canada and Europe.  We will promptly respond to questions from anyone being investigated for or charged with a crime related to anabolic steroids. Where appropriate, we will make referrals to qualified counsel in other jurisdictions. We are available 24 hours, 7 days a week for emergencies only by calling 516-294-0300. Other inquiries are answered weekdays between the hours of 2 p.m. and 5 p.m. EST. Initial consultations scheduled at our offices in Manhattan or Long Island are always free of charge. We handle all other criminal matters, including white-collar crime, fraud, narcotics cases, thefts, assaults, and serious traffic offenses (including suspended license charges). In fact, feel free to call us with any legal question; if we don't handle your type of case, we can try to connect you with an experienced attorney who does.

To learn more about our firm, visit our web site at http://ww.cmgesq.com/.


*Rick Collins, J.D., is a veteran lawyer and advisor to the strength, health and fitness communities, and is a nationally recognized legal authority on anabolic steroids.  This article was adapted from a chapter of LEGAL MUSCLE: Anabolics in America, available through www.SteroidLaw.com, www.teamlegalmuscle.com.  [© Rick Collins, 2006.  All rights reserved.  For informational purposes only, not to be construed as legal advice.]