How to Spot a Steroid User

The negative effects anabolic steroids can have on the human body can be devastating. They range from a minor case of oily skin, to major long-term health complications, and potentially death.  Fortunately, steroids have a variety of side effects, or changes experienced by the mind and body of a user.  These changes basically fit into three categories:

Should you suspect your child, sibling or friend of using anabolic steroids, you can look for a variety of short-term side effects that appear as symptoms.  These include visible changes in appearance, mood and behavior.  The following information will make it easier for you to identify the specific symptoms, changes and habits of a steroid user.

Physical changes are typically the most pronounced short-term symptoms as they are not easily concealed by the novice user and include: 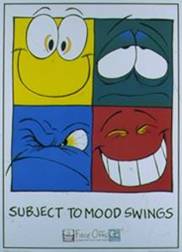 Personality and Psychiatric changes often happen suddenly and without visible triggers or reasons.  They include:

Social changes may be mistaken for natural teenage distancing or independence.  These are:

It’s fairly common knowledge that steroids come in the form of injectable oils often packaged in vials or ampules (small often single serving glass bottles with pop off glass tops).  However, they can also be taken orally, or transdermally (rubbed on and absorbed through the skin).  Take special note should you see any of the following.

Orals tablets that are:

Transdermals come in a variety of bases:

Steroid use is often accompanied by or substituted with other products.  These substances are taken during, directly after, or in place of steroid cycles (continuous steroid use for defined periods of time, typically 8 to 16 weeks or more).

NOTE:  Some testosterone boosters can be literally converted to anabolic steroids by the body.  Others actually contain steroids, and are generally removed from the market shortly after component analyses confirm steroid content.

Steroid equipment, or the presence of the specific items listed below is also indicative of steroid use.  These are some of the tools steroid users purchase in order to properly administer and store the drugs.