Q: What are your thoughts on the epidemic of teen steroid use? 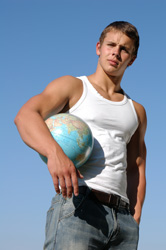 This isn’t to say we don’t have a steroid problem. Obviously, any non-medical adolescent steroid use is a problem. The steroid health risks for teens are greater than those for mature adults. Steroid use can close the growth plates of the long bones and prevent the adolescent user from growing to full height. Further, in a black market riddled with foreign veterinary steroids of questionable content, teens are more likely to be scammed by shady dealers with dubious and potentially dangerous products. Teens are typically less inclined to admit their steroid use to disapproving physicians, leading to an increased risk of health consequences for failing to monitor liver and cardiovascular health markers. They may be more likely to use steroids in excessive dosages. The kids who start juicing without having built any natural foundation may get big fast but then shrink just as fast when the cycle ends, resulting in a reluctance to ever "come off" the juice. And, of course, teens also face the legal risks associated with engaging in activity deemed criminal under federal and most state laws [as fully described in Legal Muscle]. Getting a call from the precinct that Junior’s been arrested never sits well with parents.

Let’s face it: insecure, impatient and eager for fast results, many teens are less focused on the distant future, including possible health consequences many years ahead. Yes, some teenagers are very responsible. But typically, maturity doesn’t come overnight. The teen years for most of us are colored with recklessness, sporadic irresponsibility, and a pervasive feeling of invincibility. Mine were. "The bad stuff will never happen to me" is the common mindset – which can lead to some very poor choices. That's why we have a list of substances and activities which are legal for adults but prohibited for minors. 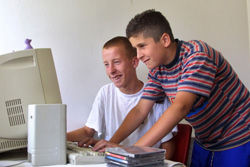 Many teens ask for steroid advice from Internet bodybuilding boards, providing the perfect opportunity for mature board members to talk them out of it. Even in countries where steroids can be legally obtained without a prescription, the choice to use them for physical enhancement should only be made by mature, informed adults with a pre-established dedication to serious weight training and under the supervision of a physician. If you knowingly sell juice to teenagers, you’ve hurt everybody in the muscle community. You’ve validated all the reasons why non-medical steroid use is criminalized and perpetuated the perception that ours is a seedy subculture of immoral outcasts. If the moral guilt trip isn’t enough, think about this: federal law and the laws of most states make it an enhanced crime to sell steroids to minors or to involve minors in steroid distribution.

For some ideas on how to present the topic of non-medical steroid use to teenagers, see “Anabolic Steroids and Our Teens” in Dolfzine online fitness magazine.


Rick Collins, J.D., is a veteran lawyer and bodybuilder.  He is the founder of www.SteroidLaw.com and the author of the groundbreaking blockbuster LEGAL MUSCLE: Anabolics in America, available at www.teamlegalmuscle.com.  [© Rick Collins, 2006.  All rights reserved.  For informational purposes only, not to be construed as legal or medical advice.]