RAISING THE STAKES
IN THE WAR ON STEROIDS 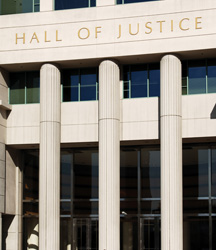 Juicers beware: the folks responsible for setting the punishment guidelines in federal cases have decided to raise the stakes in the government’s efforts to stamp out steroid trafficking.  Responding to a directive from Congress in the Anabolic Steroid Control Act (ASCA) of 2004, the U.S. Sentencing Commission has made “emergency” amendments to the federal steroid guidelines.  As of March 27, 2006, injectable and oral steroid “units” will be quantified for punishment in a 1:1 ratio to other Schedule III drugs, resulting in a twenty-fold measurement increase for injectables and a fifty-fold increase for orals.  Yes, you read that right.  One unit of a liquid steroid is now one-half of a milliliter (0.5ml) instead of 10 milliliters.  One unit of an oral steroid is now one pill, tablet or capsule instead of 50 pills, tablets or capsules.  Steroids in other forms will be reasonably estimated based on a consideration of 25mg as one unit.  In an obvious response to recent widely publicized sports doping scandals, the Commission has also attempted to address factual situations deserving of enhanced punishment.  Accordingly, sentencing enhancements will apply in cases involving distribution to “athletes” or where coaches use their positions to influence athletes to use steroids, as well as in cases involving “masking agents.”  The new ratio ignores differences between steroid use and volume patterns as compared to other Schedule III drugs.  Other problems with the amendments include the lack of any knowledge requirement for distributing to unidentified customers (e.g., via the Internet) who may turn out to be athletes, and the lack of any reference to potency, probably leading to black market adaptations to get around the amendment (e.g., the creation of high potency “mega-pills”).  [For further information and commentary, visit www.steroidlaw.com.] 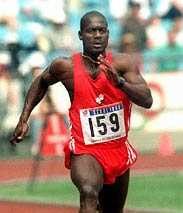 It was Ben Johnson’s failed drug test at the 1988 Seoul Olympics that was the catalyst for the original criminalization of steroids under federal law, and it was more recent sports doping scandals that spurred the ASCA of 2004.  Back in the late 1980s, the DEA, FDA, NIDA and AMA all agreed that steroids did not belong in the Controlled Substances Act.  Both the 1990 and 2004 Anabolic Steroid Control Acts were responses by Congress to high-profile sports doping debacles.  And yet, the number of elite or professional athletes prosecuted under either law remains too low to even count.

Some have suggested that the criminalization of steroids by the ASCA of 1990 exacerbated the societal harms.  It drove a wedge between doctors and patients, separating users from the screening and supervision that would best protect their health.  It stifled research into beneficial applications.  It replaced a market of diverted FDA-approved drugs with a much, much bigger black market of foreign veterinary drugs of suspect purity.  And it has done little or nothing to get steroids out of the hands of cheating athletes or misguided teens.  Ironically, law reviewers spanning a decade, from John Burge in 1994 to Philip J. Sweitzer in 2004, have concluded that more harm derives from the laws against steroids than from the steroids themselves.  My observations generally support their position, as evidenced by many of the cases detailed in the book I wrote on this subject [Editor’s Note: LEGAL MUSCLE is available at www.teamlegalmuscle.com.]

So, while the new guidelines are admittedly likely to impact dealers more than personal users, don’t be surprised if the lure of harsher punishments for steroid offenders generates a multitude of more aggressive anti-steroid enforcement operations in the months and years to come.  And don’t think the media won’t notice.  So will state politicians, bureaucrats and law enforcers, who will see the new guidelines and resulting enforcement operations as a signal to ratchet up their own campaigns against the illicit steroid market.


Rick Collins, J.D., is a veteran lawyer and bodybuilder.  He is the founder of www.SteroidLaw.com and the author of the groundbreaking blockbuster LEGAL MUSCLE: Anabolics in America, available at www.teamlegalmuscle.com.  [© Rick Collins, 2006.  All rights reserved.  For informational purposes only, not to be construed as legal or medical advice.]