If you’re a human being, and if you’re reading this it is assumed you are, then low testosterone may be a concern for you. In the U.S. alone more than 20million men suffer from low testosterone, and while women can suffer too it is men who most commonly fall prey to the problem. The low testosterone symptoms can be very easy to spot; however, as the often gradually occur many men become accustomed before they realize they have a problem. Fortunately, while this is a condition that is beyond bothersome there is a remedy for the problem, and it is quite simple. Such a remedy will not alter your life, it will not be inconvenient, and regardless of anything else it will greatly improve your overall quality of life.

There is only one thing on this earth that will combat the low testosterone symptoms, and that is testosterone. For some reason, by the manner in-which testosterone has been demonized in popular culture due to it being an anabolic steroid this surprises many people. This should not be a surprise; for example, if you’re hungry you need food, if you’re lacking in food the only thing that will fix it is more food. The same can be said of testosterone, if you’re lacking in testosterone the only thing you can do is provide your body more of the hormone. This isn’t brain surgery, although it’s often treated as such. In the U.S. to combat low testosterone symptoms there are many options regarding the type of testosterone therapy you receive. There is the most efficient injectable testosterone, topical solutions, implant pellets and even somewhat indirect measures through Aromatase Inhibitors (AI’s) and Selective Estrogen Receptor Modulators (SERM’s). AI’s and SERM’s work by stimulating the release of LH and FSH into the body, thereby stimulating natural testosterone production; they can work, but often they are not enough. There is also a peptide hormone, Human Chorionic Gonadotropin (hCG) that is sometimes used for early initial stimulation. In any case, to combat the low testosterone symptoms, we have listed all possible common measures, the type of measure or form, and its ability to remedy on a 1-10 scale: 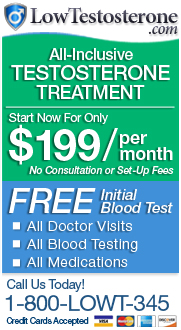